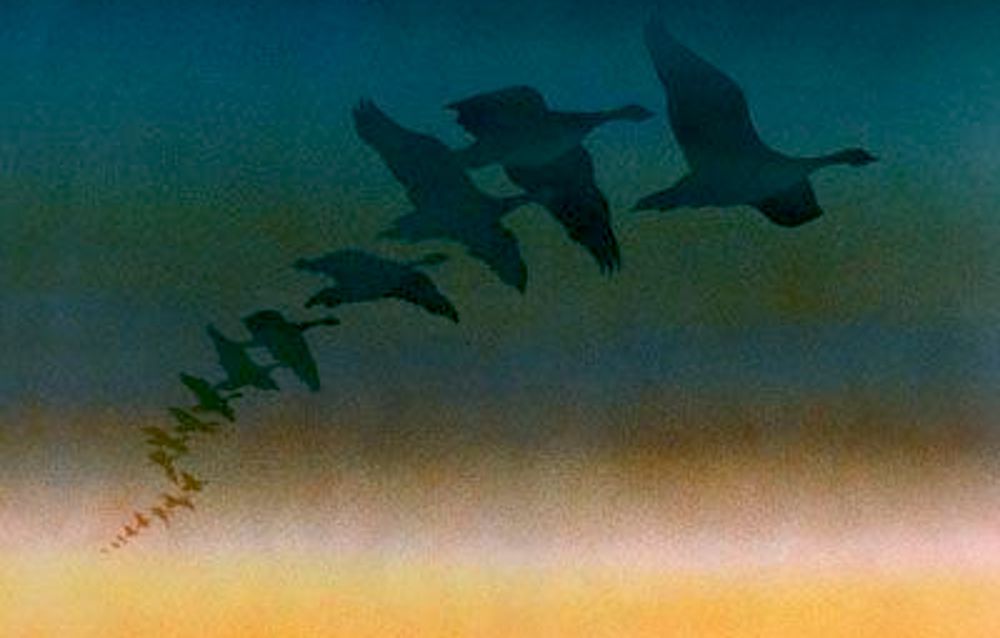 They’re all over the place. I’m sure you’ve seen them. This state has a large population of them. The ones with wings that stroll across parking lots in single file, taking their sweet time and making us all laugh at their, well, goosey antics. And I’m sure all of us are at least somewhat familiar with the ones without wings, too. Some of them might even be your neighbor. Heck, you could even be related to one. Maybe you are one.

I’m betting that most of you are sitting there thinking to yourselves, “What the dickens is he going on about? Geese without wings? My next door neighbor? My kinfolk? Has he lost all his marbles? The answer is no. I’ve not lost my marbles, nor am I battered, as the Irish call being drunk. I’m just playing around. I’ve messed around long enough and now it’s time to let you in on the joke. I think many of our Irish friends and relatives know where this is going already so I guess it’s time to let everyone in on the gag.

I’m not talking about these ubiquitous Canadian geese that seem to have taken up residence everywhere in Florida. We have to go back to July 1690, when Irish forces were defeated by King William III (William of Orange) at the Battle of the Boyne. Without going into a lot of fascinating Irish history, it boils down to this. After their defeat at the Boyne, the Irish forces were given two choices – immediately accept the primacy of the the king or leave Ireland. Thousands of them chose to leave. They called themselves “The Wild Geese,” in the belief that their exile would be temporary and that one day, they’d get to return to Ireland. But that didn’t happen. Other Irish fled and also became known by the same name.

Flash forward three-hundred and thirty-two years. Today there is a website, called TheWildGeese.Irish Social Network “that archives tales and recollections from the men and women who are descended from that diaspora, as well as those who are still in, or have returned to Ireland.” But more importantly, it’s also a place for all those of us who are either Irish or Irish blood, to learn more about our ancestors and to share stories, do research on our Irish roots and enjoy the company of one another.

But the story doesn’t end there. A week or so ago, a Facebook group called Irish in Florida popped up in my news feed. I immediately joined and was delighted to see all the names and places where Irish people and people of Irish blood like me live in the Sunshine State, and elsewhere. We even have a few people from Ireland right here in our community, Sarah Burnley of Celtic Charm on Centre Street being one of them. We’ve all been sharing stories and having loads of craic (pronounced crack), the Irish word for good times and shared laughter and humor. So, you see, when I say The Wild Geese of Florida, these are the people I mean. They’re as ubiquitous as those dang Canadian geese every where. But that’s a good thing.

I’m going to end this blog with a riveting tale. An Irish woman named Olivia Connolly saw my first post in Irish In Florida, where I’d mentioned being an author who’s written a novel in which Ireland is featured. She quickly replied to me what a small world this is and shared her story with me. Turns out Olivia is also an author. When I heard her story, I nearly fell over backward. And if you’re a fan of the series, Father Ted’ and of Dermot Morgan, the late actor who portrayed him, this’ll probably leave you gobsmacked, too. Olivia, Dublin-born and bred, actually attended college with Dermot Morgan at University College Dublin.

During her first year of college, which was Morgan’s final year, Olivia and the zany Morgan struck up a friendship on her first day of classes that blossomed into totally whacky courtship dance by him until she finally agreed to go out with him. She and several of her pals became part of Morgan’s comedic act he assembled called Big Gom and the Imbeciles. He’d already done two previous ones. There was also a musical part in the act Olivia was in, which parodied different famous bands and musicians – including some country music and Elvis Presley – by their band, also called Big Gom and the Imbeciles. Even after Morgan graduated college and pursued his career, he and Olivia remained friends.

In December, Olivia published a book about this time in her life called The Incidental Girlfriend. It’s a quick read chock-full of delicious, and oftentimes wicked and naughty stories told in that rapid, quick-witted delivery that Dubliners are famous for. Olivia delves into the staid Dublin of the 1970s, her determination to be a liberated hippie in a still parochial country, and all the attendant hilarity and pratfalls, including a pair of ten-inch stack shoes, which she refers to as coffins, that sent her for many a tumble. All this with her constant efforts to outwit a watchful and strict Irish mammie (mother) whose prying eyes seem to be everywhere at once. If you’re looking for entertainment that’ll keep you wheezing with laughter, clever turns of phrase the Irish are renowned for, and an insider’s look at the birth of the comedic genius of Dermot Morgan, who died too soon in 1998, you have to read this book.

It’s a self published debut but I predict that this first effort, which is already catching the eye of Irish readers and critics, and just landed her a spot this week on the Shop Irish Readers Friday Feature, is going to propel Olivia Connolly into the ranks of current, well known Irish authors. And I’m delighted that we now count one another as friends.

And so I say Slainte! to the Irish In Florida Facebook group for introducing one new author to another. It’s my great pleasure to share the link for Olivia Connolly’s amazing book.