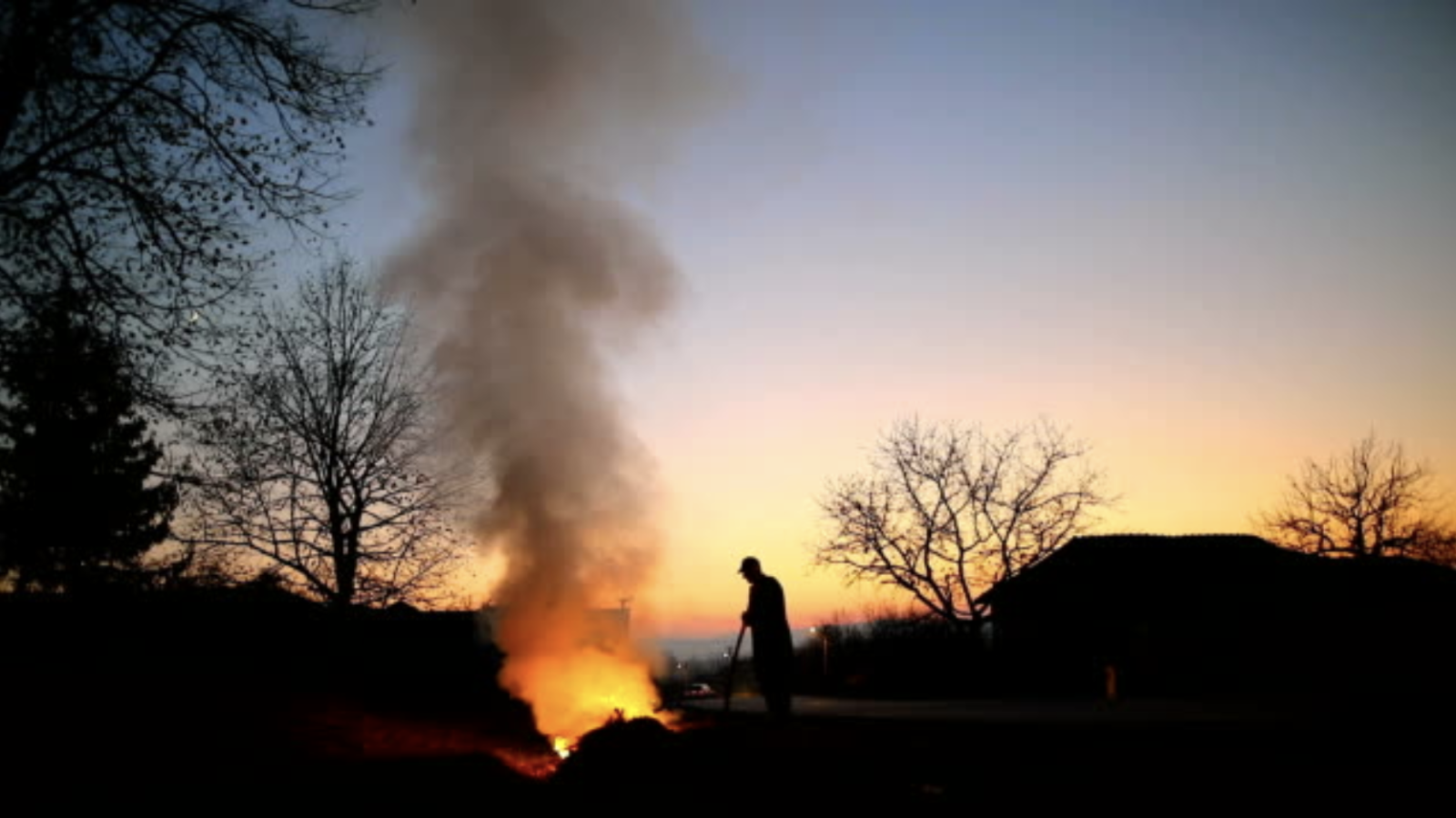 Since autumn is my favorite season, I’ve decided to continue to muse about it for the next couple of blogs. So, if you love fall as much as I do, let’s embrace it while we can. Soon enough, the weather will sour on us and it’ll be winter.

When I was working at a regular job before deciding to become an author and work even harder, I was driving home from work late one evening with the windows down so that I could enjoy that first crisp embrace of autumn weather. I caught a whiff of leaves burning somewhere. The mellow, woodsy smell was intoxicating, and the deja vu that accompanied it took me back to the autumns of my childhood.

I grew up in a tiny Southeast Georgia town. Everyone raked their yards and piled up the leaves and burned them. For some reason, it seems that this little ritual most often occurred in the early evenings. Maybe it’s because the winds are usually calmer or absent that part of the day here in the South. But being something of a romanticist, I tend to think of such things if a different light. A memory of lingering smoke of burned oak or pecan leaves trailing like incense into an evening sky that was a patchwork of pastel orange, blue, purple and red, is one of those handholds I reach for sometimes when I need to ground myself. It’s a quick, free trip back to a time that was kinder, gentler and a lot less complicated.

The evening burning of leaves in my neighborhood was a communal event. Someone would pile all of their leaves by the side of the road and set fire to them. About the time that the embers matched the color of the setting sun, other neighbors would be starting their evening routines. Our dads would just be coming home from work. Our mamas would be putting the finishing touches on supper and the smell of pot roast or pork chops and baking biscuits or cornbread would drift from windows everywhere and complement the smoky aromas outdoors like the sweet and inviting scent of apple pie warms and complements hearth and home.

Kids ran around screaming and yelling and playing hide-and-go-seek in the gathering shadows or contented themselves tossing a football in the street. Walter Cronkite’s calm, assured voice blended into the mix from neighborhood television sets, and, every now and then, a burst of laughter, high and merry, rose from a house nearby. A fragrant, wispy veil of smoke connected it all.

Old Mr. Williamson, our next door neighbor, built huge leaf burn piles. He was a dapper, formal-looking old gent who always seemed dressed up, even when going to work as a carpenter each day or doing yard work. Although he pretended to loathe children and dogs – “Pssssht!” he’d snap. “Get that dog away from here before I trim his tail right behind his ears.” – you could always see his eyes light up when kids ventured over in the evenings to hang out beside his fire. Silly questions like, “Mr. Williamson, whatcha doin?'” were apt to prompt responses like, “Just gettin’ my fire hot enough so’s I can roast me some of you young’uns and dogs.” And everyone would grab their dogs by the collars and Mr. Williamson would chortle like it was the funniest joke he’d ever heard.

Before long, someone would produce a double handful of grimy marshmallows they’d been carrying in their pocket all evening just for the occasion. And then, like a magician, Mr. Williamson would come up with just the right number of wire hangers. He patiently worked the wire into straight spears and instructed us on how to impale the marshmallows, and how close to the fire to hold them so as to achieve the precise amount of golden crunchy on the outside and molten, creamy white inside.

“And don’t get too close to that dern fire. And get a’holt of that there dog right now before I dock his tail right behind his ears.” When someone invariably showed up with a few hotdogs to roast, Mr. Williamson waited until we were feasting on the juicy, flame-roasted franks to inform us that hotdogs were made from the tails of dogs that’d been nipped off right behind their ears. “Why d’ya think they call ’em hotdogs?” he’d tease. And we’d fall for it every time. Occasionally, someone would bring a handful of sweet potatoes wrapped in foil from their mama’s kitchen and toss them on the fire. Mr. Williamson would bank the hottest embers around them and, before long, they’d be good to go.

Dying embers and Mr. Williamson’s tall tales gave way to full dark, and Miz Williamson hooting from the kitchen window, “Yoooohooo! Supper’s ready!” A pregnant harvest moon rose above the treetops and we told stories about witches and haints and Halloween right around the corner until, one by one, our mamas called us home to supper and the end of the day.

Now I’m almost as old as “old” Mr. Williamson was then. You can’t burn leaves outside without someone calling the fire department or complaining. A citation for illegal burning takes all the fun out of it. But occasionally I catch their scent in the evening air and I think of him and smile. It’s said that the sense of smell evokes the sharpest memories and emotional responses in humans. I suspect it’s so. Today I’m 67. But sometimes when I catch a whiff of leaves burning somewhere in the evening, I’m nine again.

What memories do they bring you?

Have you read A Mariner’s Tale yet? Grab your copy in print or ebook today!