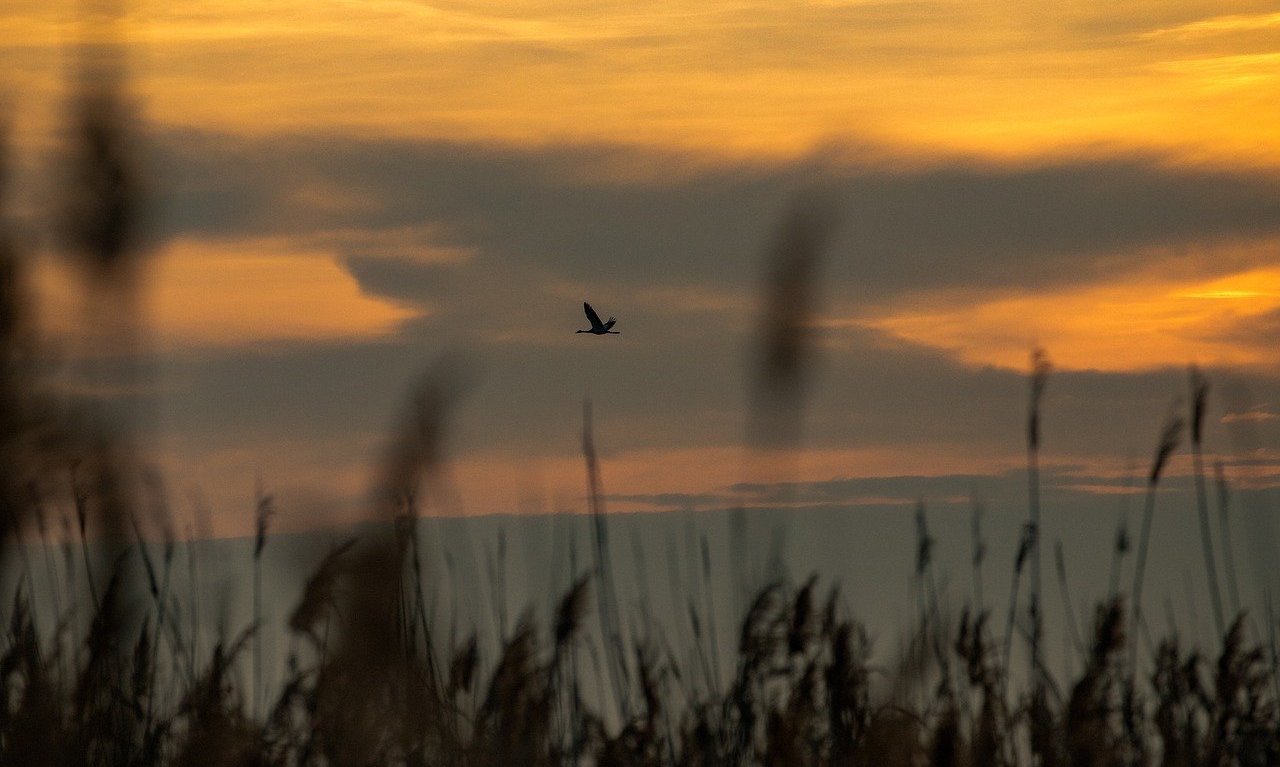 In the evenings after supper, especially at this time of the year, I like to watch the sunset. I live on a barrier island in Northeast Florida. It’s twelve miles long and two miles across at its widest. The ocean is the ruling monarch of the eastern side of the island. The river, estuaries and marshes rule the western kingdom. The two are as different as night and day, as sunrise and sunset.

Although I love the bright orange ball of the sun rising from the ocean in the morning, the golden sand beaches with their ever-present voice of the ocean, whether sotto voce or forte, the clamorous seagulls and the market-fresh smell of brine and sea oats, it’s the other side that draws me like iron filings to a magnet.

The eastern side never raises its voice above a whisper. The river, creeks and marshes keep their own counsel. You must listen closely to hear their murmurings. But sunset there is a visual feast and the king of the west lays the table in bountiful abundance, the fruits of it in the colors of tangerines and plums, slices of peach and kiwi fruit. Here the scent from his kitchen is the sensuous, feral perfume of the marshes, a blend of raw oysters and dark pluff mud, of the racks of spartina that’s dragged ashore by the river, rotting and left to dry in the punishing heat, its smell like hay cured in molasses. The final slash of sunset is supper for the eyes, but the after show is the dessert, the creme brulee of the gods.

After the supper dishes are cleared away, I pour myself a tall glass of ice tea, load my big Great Dane, Harley, into the car and drive down to the marina, where I park and check the dock lines on my sailboat, then walk the two blocks along Estrada Street on the sand and crushed shell road to the plaza where the old Spanish fort of San Carlos used to be, where the bluff overlooks the river. Sometimes I take a lounge chair, other times I just sit on the heavy wooden bench a few feet from the edge. Many come to watch the sunset. Few remain in their seats to watch the after show. The colors spread across the gunmetal gray of the languid river, burnishing it like copper. The fire that was in the sky a few minutes earlier leaves low burning embers that continue to glow for almost an hour after the sun makes its curtain call.

The music is the chamber orchestra of night birds like the blue heron, who passes by on his way to his roost, hailing you with a hoarse call that sounds like quorrrrk, the chuffing from a passing pod of dolphins, their purplish-gray skin glistening in the dregs of sunlight, the drone of a boat far out on the river, the sudden popping sound of a sea trout taking its evening meal in the shallow water near the shoreline and the occasional maniacal laughter of marsh hens. A cool sea breeze flows across the island and feels like silk pajamas on your skin. You can almost taste the night, as sweet as sea salt and caramel ice cream. The channel markers come on and wink at each other in flashes of red and green.

Harley busies himself scenting where the wary brown marsh rabbits have been and anointing every bush along the edge of the bluff while I remain seated and take in the after show. It’s an almost holy experience. Its easy to lose yourself in it and, oftentimes I forget how long I’ve been sitting there until Harley finally tires of his adventures and returns to sit with me, leaning into me panting, his fur warm against my legs. Together we sit, an old man and his dog, until what light remains is scarce enough to see by. Then we get up and walk back down Estrada Street to the car and go home.

I come to my desk and write, capturing those final moments of the day before they slip away like the fleeting moments of daylight. In the Southern tradition of writing, we are bound to the land, to a sense of place that is vivid and alive. It is both character and muse in the stories we tell.

Pat Conroy began his opus, The Prince of Tides with these words: “My wound is geography. It is also my anchorage, my port of call.” As Southern writers, it’s a wound we all share. It’s also one we bear with pride. Its blood is the ink we spill on the page.